Runners and their SHOES!!!

Hi there,
Don't worry I'm still alive! It's been sooooooooo long since my last blog. I've had a lot of changes in my life recently but all for the better :). The biggest change being in my working life, I've gone from doing a job that was all consuming and I was really starting to dislike (well actually I hated it!!) to doing a job that I love and have a real passion for, so all's good now. The job is working in the specialist running shop that supports me in my running 'At-Your-Pace' in Helston.

Anyway that's enough of that, the topic of the blog is a topic all you runners will know well, really well! Since taking to the trails, shoe choice has become more and more important to me. When I was road running, shoes were important but as long as they were comfortable that's all that really mattered. When running on trail and coast path there's a lot more things to think about - fit, grip, protection and the list goes on! It's been a long process to find what I call 'the perfect shoe', about three years I think? After trying several different shoes over the years, some being ok (but not perfect!) and some being total rubbish :(, I came across the Salomon S-Lab Ultra. I kept hearing people talking about this shoe and seeing reviews online and everybody was saying great things about it. As soon as the shoe was available at 'At-Your-Pace' I was there knocking on the door so I could see what all the fuss was about! I know it's a bit sad but I was so excited about these new shoes and as soon as I had them on my feet, I knew I had found the perfect shoe for me. It was like running in really well fitting slippers. The shoe just got better and better, the first time I got to run in the shoe outside on the coast path I couldn't believe the grip and how comfortable these shoes were. It was so responsive but still had lots of protection for your foot and all you wanted to do in this shoe was run and run fast. Now for the negatives, the shoe is so good that you can't run in anything else once you've run in it, no other shoe comes close! Also the price, it's not cheep and a shoe this good comes at a price £140!!!

That's the shoe review over with you'll be glad to hear. I raced all year in this shoe and even did quite a few long training runs in it, not one blister or hot spot which is pretty amazing. I became so attached to the shoe that I tried to make it last as long as I could, even stitching the upper up when it started to break down. I ended up pushing the shoe to far, using the shoe in my last race of the year ACC (Atlantic Coast Challenge) when it was on its last legs. You will read in the race report that follows that it was the wrong move and I ended up in a right mess. As you can probably tell, I'm totally obsessed with this shoe and already have a pair lined up for next year. Any trail runners reading this blog will understand but if there are any non-runners reading then I'm not mental, well maybe a little un-hinged!! But that's all :).

With the last day of the ACC being from Lelant to Lands End, it was a race I just had to do! Being based in St Ives, Cornwall, I have spent many training hours out on this route. The route has some super technical running and if you don't know the route well it really slows you down. Taking all this into consideration I thought it gave me a really good chance of a win at the end of my race season. The race start is broken down into three different start times depending on how long you think it's going to take you to complete the course 07.30/08.30/09.30am. I was only racing the last day but most people had done two long days already so I thought it was only fair that I went for the 09.30am start time. Arriving at the start I had 4 others runners for company because most of the competitors had opted for an earlier start. With three of the top four being in my group, I knew it was going to be fast. We dipped in our timers and off we went. The start of the route is a nice flat sandy trail that runs along side a golf course. Knowing that in a few miles time the course gets very technical and I would have to slow down, I thought I would push really hard and try to gap the others. The plan seemed to be working pretty well because by the time I got to St Ives, the guy in second place was about 400m behind and I couldn't even see the guys in 3rd and 4th!

Through St Ives and back on to the coast path, this was the section I knew I could run a lot quicker than anyone else in the race. This section of coast path is only 200m from my front door (I know I'm very, very lucky!) I have trained on this section 100's of times and know it like the back of my hand so off I went full steam ahead. It's really rocky and technical but I took a big risk and ran the section as quick as my feet would let me. The first 10 miles to the first check point flew by and when I looked back at the timings after the race, I took 10 mins out of the guy in second place over that section! I raced through CP 1 just stopping to fill up with water and off I went. Starting in the last group I was catching up the runners who started in the earlier waves, it was a really good way to race because you always had someone to chase down! By the time I made it to CP 2 a lot of the really technical stuff was behind me and I was making good time. Bottles filled, no time to waste!

Legs were feeling strong so I pushed on towards Cape Cornwall. It was at this point that I noticed my shoes weren't feeling right! Having a good look down while I was running, trying not to fall over while I did it :) My S-Lab's were breaking down and breaking down quick. With my fingers crossed I kept the pace going. The terrain changes on the approach to the Cape, it goes from a firm muddy trail with lots of big rocks to a hard track with lots and lots of small rocks. This section can be really hard on your feet and quite hard to run quick, so that was perfect timing for my shoes to fall apart!! The fabric on my left shoe had split on the inside of the forefoot and the ball of my foot was hanging out the shoe. Sharp small rocks + bare foot = PAIN!!! With every step I took, the pain got worse and worse, I couldn't wait for this section to end. Reaching the last check point I gave my shoes a quick once over, it was going to be close but I think they will just about make it to the end. As you come over the Cape you get the stunning few of Sennen Beach to boast your spirits, knowing that when you hit that beach it's only a couple of miles to the finish! It was a great feeling to be back on some softer ground and off those nasty painful rocks, but the damage had been done. My feet were so sore from the last section that I was finding it hard to run at pace, it felt like the soles of my feet had been beaten with hammers (not a very nice feeling!) Pushing the pain to the back of my mind I focused on the finish line and trying to keep first place.


Hitting the beach at Sennen, I thought I would have a quick look behind just to make sure I was in the clear. SHOCK, HORROR! The guy in second place was catching fast. I knew I had slowed in the rocky section through Cape Cornwall but I didn't realize I had slowed that much. I tried to summon up one final effort to stay in the lead but it wasn't to be, with only 1.5 miles to go to the finish, the guy in second place went past and took the lead. To be fair to him he deserved to win, he had raced the previous two days! And was still running like a machine. I was still pretty happy with second place in 5hrs 4mins (29 miles of very technical coast path) but if I learned one important lesson in that race, it was no matter how attached you get to a pair of shoes, make sure they are in a better condition than mine were. Sore feet are unhappy feet!! 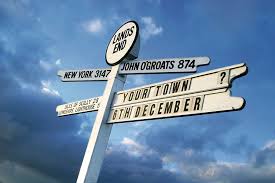 Running long and loving it!